Showing posts from August, 2019
Show all

A year as a DAG 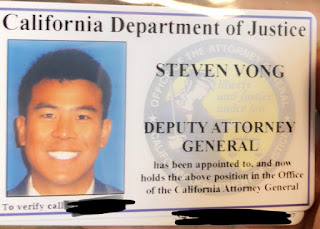 August 20th marked my 1 year work anniversary as a Deputy Attorney General, and as of yesterday I was recommended to be granted "permanent civil service status" with the State. It's been an exciting journey, beginning with getting a badge: I guess I got tan after going to Europe. Within a month, I was hearing the Attorney General himself, Xavier Becerra (my boss's boss's boss's boss) address environmental justice. I also got to attend the Attorney General's inauguration , where I described the food with the words "cultural and Costco." Some moments even felt like I was still at the Governor's Office, such as the return of twerk bird:  I also KonMari'd my spa-ffice .  (A supervisor walked by my [new] office just the other day and said "if I was in here I'd be asleep all the time - the vibe is so relaxing!")  I've pretended to be a 9th Circuit Judge, but have actually learned how t
Post a Comment
Read more 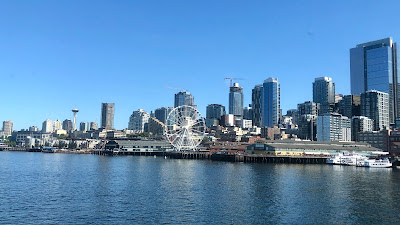 Summer is a great time to visit Seattle if you enjoy sun (last time I visited November, it rained at least 75% of my weekend trip.) View from the ferry. I visited the city for two half-days (I was mostly staying in Bremerton), but still packed in a lot of fun activities and food.  SITES: I knew I wanted to check out the Space Needle since they recently renovated to have a rotating glass floor, but didn't want to pay $30 for the ticket to go up. I stumbled across the CityPass deal- which you can choose 5 attractions including the Space Needle for $99. Expedia had a discount- so I got two CityPasses for $150 - making it 5 attractions for $75 [cutting the Space Needle to basically $15/50% off - and nothing is sexier than saving!]  With the City Pass, I also saw the Aquarium, the Zoo, the Chihuly Museum and Garden, and did an Argosy Harbor tour! If you like touristy stuff then I recommend the CityPass.  Nemo in the Aquarium [no pics from Zoo because it
Post a Comment
Read more
More posts