How to Play Elmo at a Toddler's Birthday Party

- March 10, 2018
The title of this post is somewhat misleading, as I did not personally play Elmo at a two-year-old's birthday party. Rather, I personally observed my colleague/friend Jamie don a furry red suit and "raise the roof" so her child and her daycare friends could pretend they were in Sesame Street. And this is the same Jamie who planned the rubber ducky sip-and-see, so I knew it would be a blast, even though when I said I would come months ago, I immediately thought: "Oh no. There will be kids at this party."

Here is my guide on how to play Elmo at a Toddler's Birthday party:

1. Decide on Sesame Street as a theme for the party, on condition that the child whose birthday it is actually likes Sesame Street.

2. Attempt to hire someone to play Elmo (preferably not one of those scary Vegas versions on the Strip): 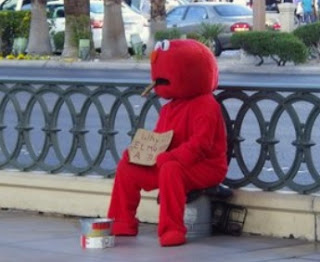 3. Once you do hire someone, double-check that they are actually coming, so you don't have to play Elmo (Option A). The rest of this guide is Option B.

4. Receive Elmo "suit," and try to ask anyone else if they would be willing to wear it.

5. Desperately ask balloon-maker if they would be willing to put on an Elmo suit. They will probably say no, but might make Elmo in balloon form! 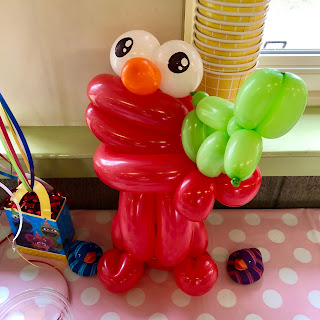 6. At the party, make sure the kids don't notice when you sneak into the bathroom. Give them sugar first, in various forms so that they'll get energy to start running around/spin in place like a dog chasing its tail: 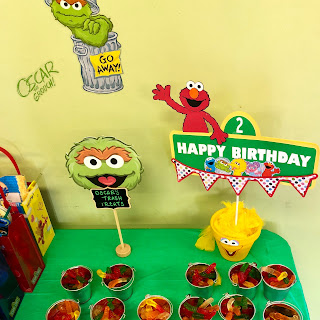 You can say you fed kids trash! 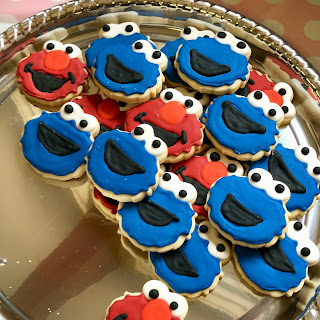 This was the most I've ever heard "C is for cookie" in 45 minutes.

7. Get two friends to clip on Elmo's head properly so it doesn't fall off and traumatize the children.

9. After everyone gets pictures, get someone to say "Elmo has to go now!" 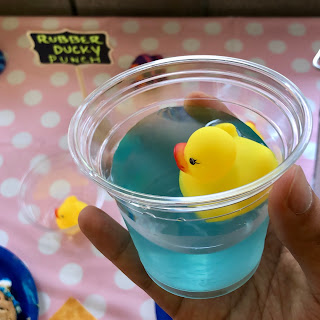 These duckies are also featured in my previous post about how to throw a sip-and-see.

While I didn't get to interview Jamie before writing this, I did get down one quote: "I couldn't see anything, I was just waving my arms around." Although it was awkward being one of the only people at the party without a child, it's not everyday you eat a Cookie Monster cake or see your lawyer co-worker jib in an Elmo suit. The most beautiful thing is seeing the lengths parents will go to make their kids smile for even a second- it makes me appreciative of everything my parents have done for me and inspires me to make them as happy as they made me.
Birthday Elmo How-To

TLDR: Alila Ventana is a worth a stay if you have $$$ or Hyatt points to spare and want to live the lux life in Big Sur without crowds. This "food-inclusive" experience doesn't include all you can drink or eat (you have to pay for alcohol), but the experience is essentially glamping to a much higher level. I would not recommend if you don't like hiking or are very afraid of bees. I stayed at the Alila Ventana in Big Sur for my "Dirty 30"/"Golden" B-day on the 30th- it felt indulgent, and at times it was very relaxing, as some moments were the most peaceful I've ever had in my life. Social distancing in serenity. How to book: Originally, I saw an article on TPG and had tried calling Hyatt to book with points, but they said there was no availability for a year and a half. I checked availability on the Hyatt app every other day or so, and was able to book a Big Sur Suite about 5 days before for 48,000 Hyatt points (transferred 1:1 f
Read more