Gumball Rally 2018: Did I ride all the rides at Disneyland in one day?

We also packed the night before, prepping all our food and water (since we wouldn't have time to eat at a restaurant and would eat in line to save time). I got some bougie snacks from Grocery Outlet [Bargain market] pictured below, and Andrew made 4 PBJs and also packed a dozen electrolyte water bottles in his backpack. 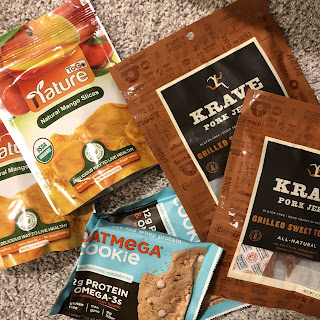 We were up at 5:45 AM to get primped and polished, leave Santa Ana, and get to registration at the Anaheim hotel. We got to the hotel for opening ceremony at 6:30 - where we learned the twists this year: two game packets (dividing the park in half, and basically ruining our strategy), one ride would be featured twice, and not all rides would be featured. As we walked to get our question packets at La Brea Bakery next to Downtown Disney, we realized this would be more of a strategic scavenger hunt than the previous competitions.

I picked up our Gamebook, and a little bit past 8 AM the race began! As soon as we opened the book, our original strategy came crashing down like the avalanche over the Huns, but we were still determined to do our best, get as many Fastpasses as possible, and sped walk from attraction to attraction. 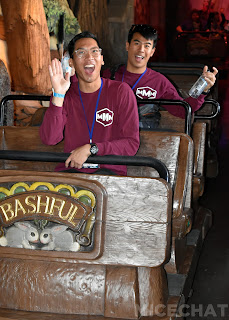 I hadn't been in the park since 2016, and Andrew hadn't been since 2012, so we weren't used to the new Fastpass-attached-to-ticket mechanic. Other obstacles included getting a leg cramp when I sprinted to turn in our first packet- so I'm definitely not as athletic as I used to be. Overall, we felt pretty good about the day and gained some advantage when wait times were incorrectly listed, despite not going on 4 of the 40 attractions listed.

Ultimately, we did not place in top 10 at the closing ceremony, but even if this was our swan song competition, I found out that we placed 13th out of over 100 teams, so I'm pretty damn proud of our performance. (you can also check out the results to see some interesting team names).

Even though we weren't able to ride all the rides in 11 hours, I still learned a few things: