Can you go on every ride at Disneyland in one day?

- January 12, 2018
If you've ever wondered whether it's possible to ride every ride at Disneyland in one day, the answer is yes (and I've [essentially] done it). A Disney fan group called MiceChat puts on an annual competition called the Gumball Rally, where teams of 2-4 "race" to go on every Disneyland attraction in 12 hours. The first place prize is a gumball trophy. 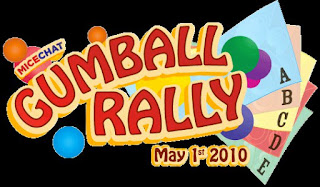 I competed with my college roommate, Andrew Quan, in 2010. Being super Azn, our team name paid homage to Mulan. 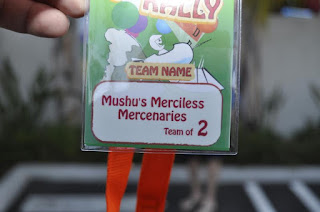 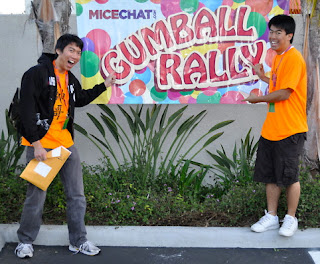 First we picked up packets that contained a booklet with questions we had to answer about every ride. This is how they test if you've been on the ride: they ask an obscure question you can only answer if you've been on the ride, i.e. how many __ can you see on the ___ in the last left turn? Rides with longer waits i.e. Space Mountain were worth more points, whereas walk-on attractions such as Chip and Dale's treehouse are worth less.

From 8 AM to 8 PM, Andrew and I followed a gameplan written on an piece of paper and tried to be efficient as possible; grabbing fastpasses in a certain order, adjusting for rides that were temporarily closed, and paying attention to the tiniest details on each ride to get as many questions right as we could. We packed lunch ahead so that we could eat in line, and kept bathroom breaks to a minimum. We rushed to turn in our packets before the 8 PM deadline so that we wouldn't be deducted points for turning it in late.

Once the competition was over, we went to the red carpet ceremony at the Howard Johnson (sponsor) hotel. They announced us in the top 5 teams, and we got medals for being 4th place (technically tied for 2nd, but one team turned in their packet before we did.) 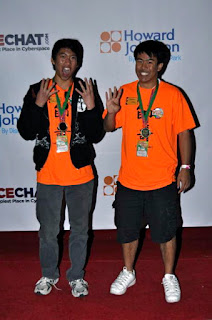 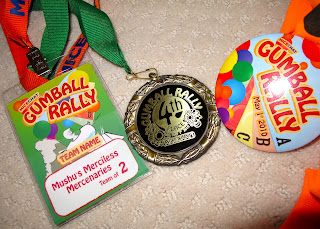 It was an exhausting but rewarding day for riding every open ride in less than 12 hours. We did every major attraction except for Thunder Mountain which was undergoing construction (and if we were there an actual whole day like 8 AM - midnight we definitely could've fit it in.) I've signed up again with Andrew to do this in less than a month - so watch out for the comeback of MMM (Mushu's Merciless Mercenaries!)
California College Disney Disneyland FBF Fun Gumball Rally How-To