- December 29, 2017
Inspired by Isabella who was inspired by Adam Kurtz, I've also decided to reflect on the positive parts of the past year. I'm mostly relying on social media/email/the internet to keep track of what I've done. 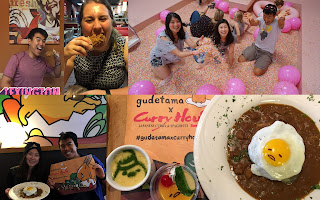 Now to get [somewhat more] serious...

1) Getting my first attorney job
Although my job title when I was sworn into the bar in 2016 was "Board Counsel," I technically didn't practice law. Just a few months into 2017, I was offered my first real lawyer position as a "Deputy Legal Affairs Secretary" with the Governor's Office (I'm still an attorney- Secretary is the title in the Executive Branch i.e. Secretary of State, Defense, etc). My work has taken up the majority of my past year, but it's been truly rewarding and I've grown a lot as a person. I drafted decisions that were eventually quoted by the press, learned a lot about California criminal law and policy, and also got to play with the first dog Colusa.  I am especially grateful to work with a team of hardworking & extremely knowledgeable attorneys who challenge me but also remind me to not take things too seriously. Even though some days my work can be frustrating, there are times when I get to call people and they tell me that I've changed their life, and it's those small moments that have made this job worthwhile.

2) Moving into [my friend Annie's] new house
When I first got into Sacramento, I was renting my own apartment. It was nice having a place completely to my own, but I hated paying rent to a heartless property management company. I was chatting with a law school classmate who was looking into buying a house- and the timing couldn't have been better since her house was supposed to be done the month before my lease ended. I got to move into a new house and pay slightly less rent, while supporting her mortgage and also seeing what it's like being a homeowner (P.S. double-check that certain appliances are properly installed.) It was also the easiest move I've ever done- my only large furniture included a couch and a queen size bed + foundation, it was cheap thanks to TaskRabbit, and I basically moved in less than a day.

3) Co-authoring a law review article (presented at this year's symposium)
I technically wrote the paper during my last semester of law school, but only a few months ago found out from my Professor that our law school journal would be publishing a piece that I had co-authored. It was cool to see it presented at this year's symposium, and I got to reconnect with not only law school professors but even my college study-abroad professor and discuss current immigration legal issues. The piece won't come out until next year, but I'm counting it as an accomplishment this year since it was presented this year and I'm excited to be an author of academic scholarship.

I guess these are the [not so humble]brags that I'm most proud of. 2017 is more of a transition year for me and I hope that by setting more objective #goals over the next 3 years, I'll accomplish even more in 2018!
#Goals Fun KonMari Law Life Travel