Flying over SF in a helicopter

Flying over SF in a helicopter was a cool experience, and was better than "Soarin' Over California"! It's a bit pricey, but I'd recommend it on a special occasion if you really want to see all of SF in less than half an hour. The helicopter is also really smooth- I usually get motion sickness and even when it flew at an angle I didn't feel sick or anything! 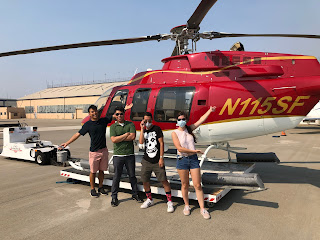 Happy Bday DC! (he also convinced me by saying "think of the pics for the blog," which he mostly contributed.)
We booked a Vista tour with SFHelicopters, which required a minimum group of 4.
We arrived at Oakland airport around 2:45 pm, and went to the helicopter area which was also next to the JetSuiteX area. After a short orientation and safety video, we had a chance to use the bathroom, and then walked out to the heliport.
The helicopter seats four in a separate cabin from the pilot, and had glass windows so each person had a nice view. There were also bright blue "morning sickness" bags for those with motion sickness, but luckily we didn't have to use them! 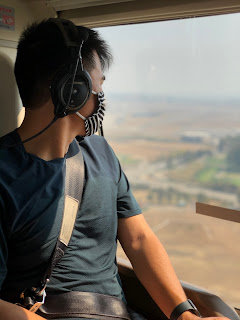 After putting on seatbelts and Bose headsets, the helicopter started and we were ready for lift off! 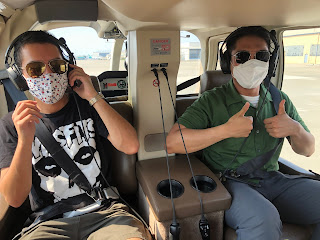 We flew from Oakland along Alameda and the Bay Bridge. 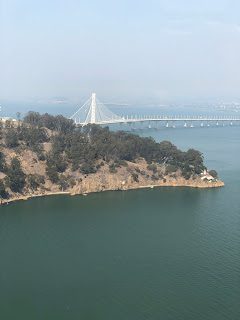 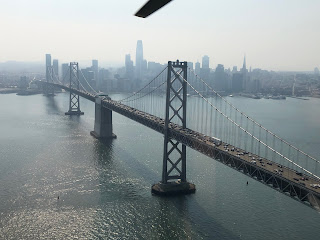 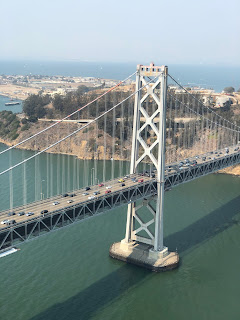 From here the cars look like little ants!
Even though it was smoky when we approached the city, from the left side of the helicopter I was able to see nice views of landmarks such as Coit Tower and Pier 39. (though pictures do not do it justice) 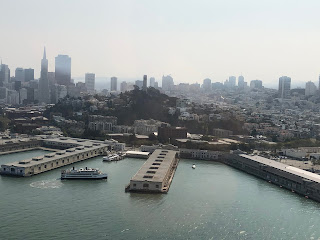 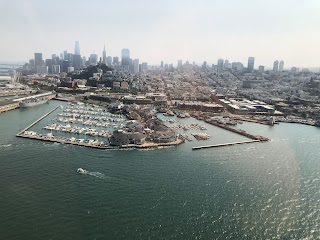 On the right side was Alcatraz. 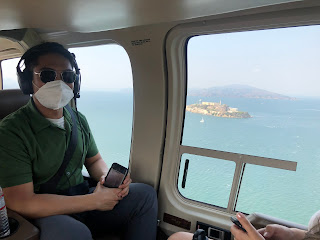 We then passed Ghiradelli, the Marina, and Crissy Field, we approached the Golden Gate Bridge, first going underneath it. 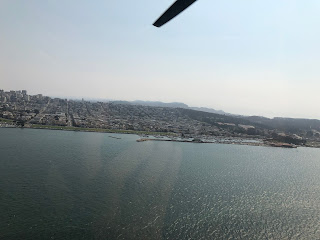 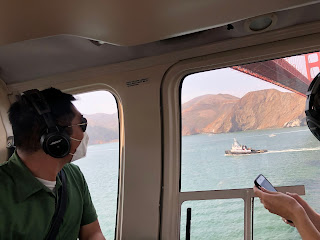 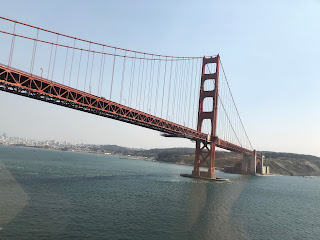 Then we went over it! 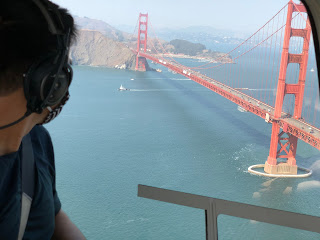 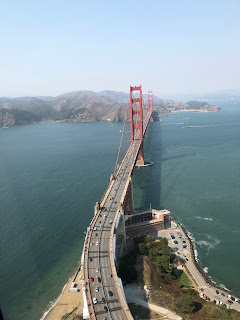 Hours after the protest apparently. 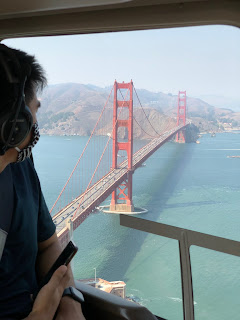 Dana took these pics- so if you want a good pic with the Bridge- sit on the left side of the helicopter (I happened to go in last, but also depends if you go over after you go under.)
Then we went back along Presidio, Golden Gate park, and Downtown back towards east bay. 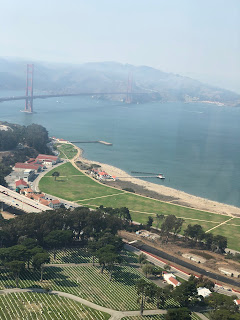 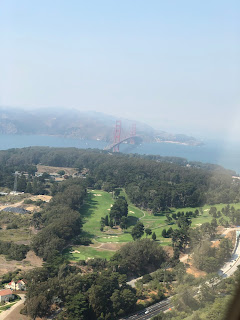 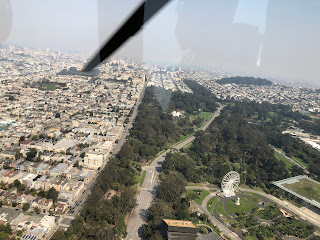 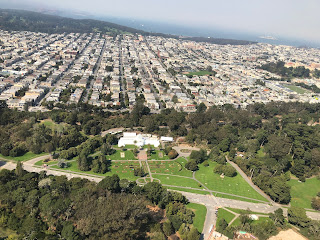 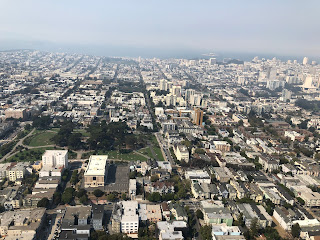 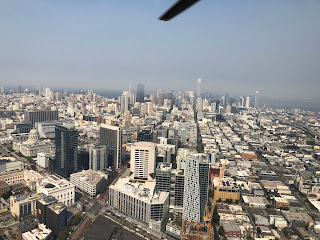 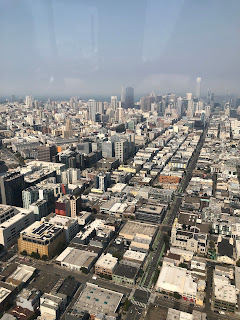 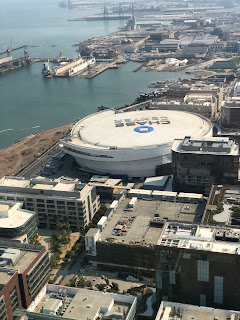 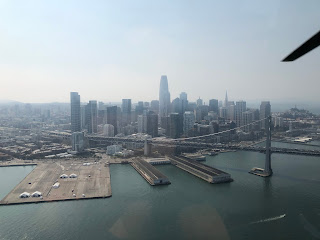 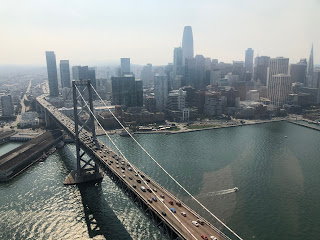 We also got a closer view of Alcatraz on the way back. 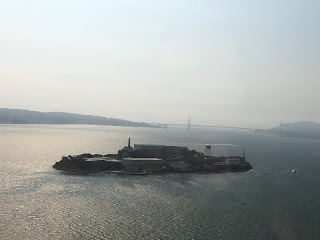 Then we went back the same path over Alameda back to Oakland airport.
Overall, the total in flight was around 23 minutes, and we were done with our tour by 3:45 (less than 45 min total). I think it'd be cool to go closer to dusk- so if you go later on in the year around winter (December-January) and book around 4 pm- that might be ideal. Afternoon is probably better than morning unless you wanna see fog.
The ride was also enhanced by the SF themed music i.e. "I left my heart in San Francisco," which made it feel kinda like DLand, but much better than Soarin. I loved seeing the blue waves and the tiny people sprawled along the beach or biking. The helicopter ride definitely made me want to explore more of SF and gave me a newfound appreciation for the city that I sometimes hate but also have had many fun memories in.