Dear Evan Hansen: a personal and profound musical about life

- January 16, 2020
Dear Evan Hansen has won 6 Tony Awards, including Best Musical in 2017, and the 2018 Grammy Award for Best Musical Album. (And for Pitch Perfect fans - Evan Hansen was originally portrayed by Ben Platt, who is also great in Netflix's The Politician). 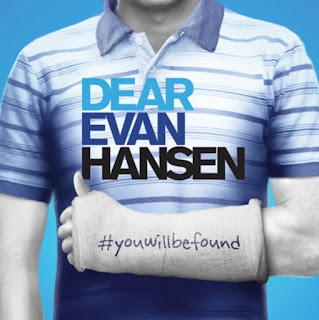 Is it worth the hype?
I saw a Broadway on Tour production in Sacramento, and I enjoyed the story and music. I got chills during some of the groups numbers and some of the scenes were very emotional, intense, and impactful. It isn't just your typical Broadway show, but tries to be relatable with "modern life" moments - i.e. growing up with social media in school. Ultimately, the show and story are about trying to find our place in life and how we relate to friends and family - themes we can all identify with. 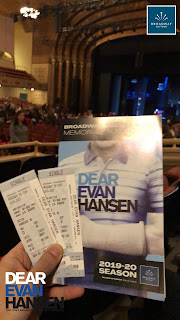 Who should watch Dear Evan Hansen?
Fans of Pitch Perfect (even if Ben Platt is no longer on the tour), musical theater lovers, and I guess anyone who at least went through high school or had an emo phase. I saw someone I knew and she brought her daughter, and she was a little uncomfortable with the language - so I maybe wouldn't recommend bringing young teens to watch.

Overall, I left Dear Evan Hansen feeling appreciative for the people in my life and enjoyed its messages and themes. If you're in Sacramento (and under 35) you can check out Tuesday and Wednesday next week for $35 a ticket. (35 under 35 club). I won LuckySeat lottery tickets and got $25 tickets, but my view was partially obstructed, so that was annoying. If it stops by in your city - I think it's worth checking out (especially if you can get discounted tickets!)
Broadway Dear Evan Hansen Musical Theater