How to survive one of the world's longest flights

- September 22, 2019
Short answer: if you can, bid to upgrade, but if not, at the very least fly Singapore Airlines, and rest lots before and bring sleeping pills 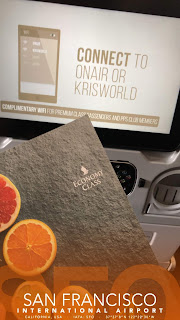 Below are very few pics of my journey and some tips to survive this very long flight.


In SF I had Yankee Pier in Terminal 3 - and a mimosa and this NorCal scramble was $1 after the $28 credit from Priority Pass. ( I left $5 because I think a tip is still encouraged). The mimosa helped me feel more relaxed - yay bubbly 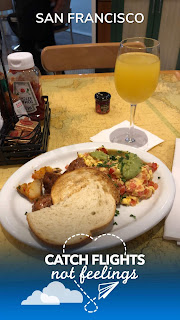 The Singapore Airlines plane itself was large - I sat closer towards the back which wasn't great- but the location was fine because I was in between 10 bathrooms - 8 in the midsection area and 2 behind me. 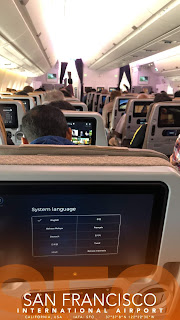 The problem with a seat towards the back is that you sometimes get last pick of meal service- and I had to opt for pistachio tofu instead of ginger chicken. The tofu wasn't great. All meals did come with metal silverware - which was a fancy touch. 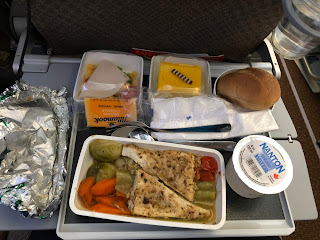 For most of the flight I watched movies, including:
Aquaman
Us
Shazam
Dumbo
The Hustle
part of X-Men - Dark Phoenix
[this took up about 10/16 hours]

If I was too lazy to listen to my iPhone - they at least had EXID and TWICE on their media. 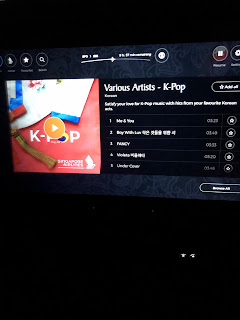 If you want to sleep- the bathroom has toothbrushes and mouthwash. 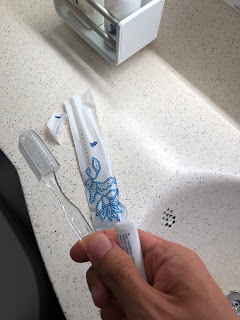 You can also request an eye cover from an attendant. It was hard to get actual sleep, but I think I rested my eyes at least 5 hours of the trip.

Overall, though I felt fairly comfortable, I'd rather have bid $200 even one way for premium economy's loungechair-like seat if it meant a few more hours of comfortable sleep (and maybe some alcohol) - although you can get free singapore slings in economy [which looks like juice]. I'd still recommend Singapore - but hope to get a better bathroom selfie next time I fly! 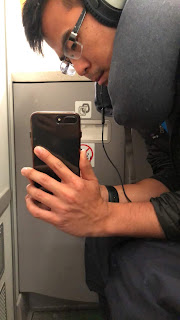