- June 03, 2019
In short: the movie is very #Extra, with some unnecessary scenes, but still nostalgic, entertaining, with some love-able cast members and great themes. 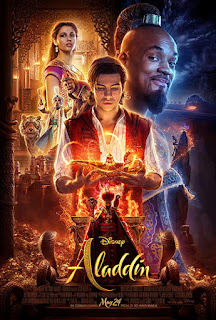 While Disney's remakes have not been particularly memorable, Aladdin managed to keep some of the Disney "magic" in the live-action version, despite some unnecessary scenes and acting that made the movie feel a little too over-the-top. There's a wistful and whimsical feeling listening to a modern "Arabian Nights" and "One Jump Ahead." But sometimes the music- i.e. the bridge of Prince Ali (and the overall acting/directing) felt like the movie was trying too hard.

Despite this, the modern version is at times awe inspiring- the setting of Agrabah is beautifully brought to life and some of the cinematic scenery has a very nice aesthetic. The first few chords of "A Whole New World" always move me, and I still felt the feels during the song despite a mega-cheesy harmony.

Regarding the casting, Mena Massoud is great casting for the lead role, as he has a great voice, is charismatic, and seemed mostly believable. I liked Naomi Scott as a strong woman warrior. Will Smith made genie his own and he had some good emotional scenes. I LOVED Nasim Pedrad, who is essentially her same character as New Girl. 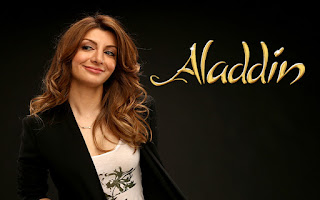 The themes also kept me very engaged in the movie:

Overall, Aladdin was definitely worth watching- I liked the new twists and updates, and if you just stop comparing the original, you can appreciate that Disney is trying to send messages of acceptance and teach good lessons to the children (our future).
A Whole New World Aladdin Disney Movie Review Movies