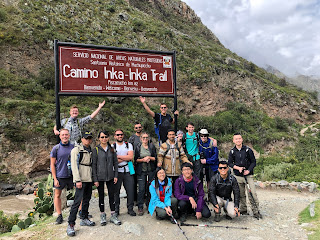 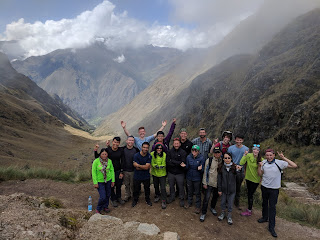 Even though I hiked with Alpaca Expeditions who provided porters that carried our duffel bags, food, and set up camp, it was one of the most physically challenging things I've ever done. 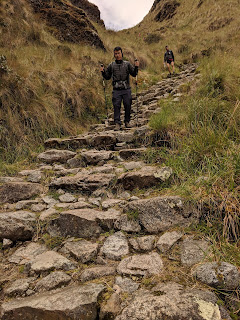 Below are my suggestions if you are considering trekking to Machu Picchu:

Generally, I Don't recommend the Inca Trail unless: you have done an ultra-marathon or Olympic distance triathlon OR you really know what you're getting into.
Just a snapshot of what I suffered on the trail:

If despite all the reasons I listed you still are interested, the following tips may be more applicable:

Do: Consider going to Peru from April-October (aka dry season.) It was good weather 75% of the time I did the hike, but it rained the last morning and it made the last couple miles miserable. The trail was slippery and I slipped and fell on my ass multiple times even with hiking poles. Although the scenery is greener sooner after rainy season, the trail itself is much more unpleasant to navigate and also you're less likely to get a nice pic of Machu Picchu with actual sky in it. 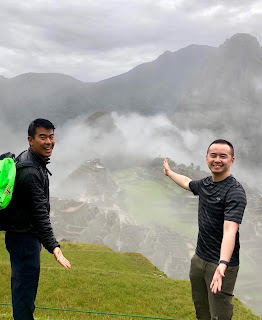 Don't: Believe anyone who says that the trail is spiritual. It's not. It's a bunch of rocks. Although most of it was originally laid out by the Incas, some of it isn't and Machu Picchu itself is not even really a religious site besides one temple in the middle and a sacred rock. The trail does have nice views along the valley and a few Incan sites alongside it, but nothing that made me believe it was worth suffering through for several days instead of taking the train for a few hours. 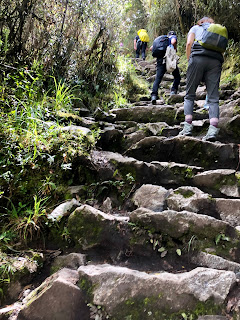 -
Do: Re-apply sunscreen every 60-70 minutes. OR just wear sun protective gear at all times. I just wore a normal hat that didn't cover my ears, and now my ears are gross and peeling. #Ragrets

Don't: overpack. My shoulders were starting to get sore after day 1, and I ended up putting stuff like back up batteries, my kindle, and "back up" clothes inside of the duffel bag the porters carried instead of my own backpack. Also, 3 rolls of toilet paper was excessive, I barely used half a roll the entire trek. 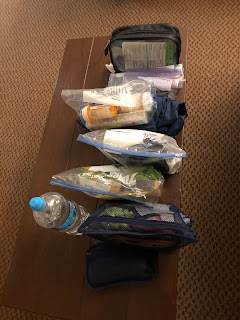 This is what excessive stuff in a backpack looks like. Just bring a 20L daypack.

Do: Take breaks to take pictures. The Andes do make some epic scenery, so it was at least cool to be around the same level as the clouds. 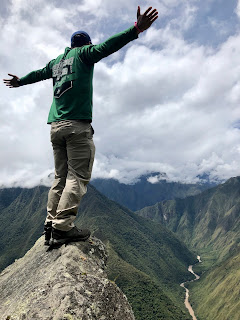 TLDR: take the train to Machu Picchu, and use your time in Peru to check out other sites or shorter (1-2 day) hikes.
Fitness Health Hiking Inca Trail Machu Picchu Peru Travel