Home to bearded hipsters, beer, and a new Ghibli advertising campaign that boasts Portland (PDX) as: only "slightly exaggerated." 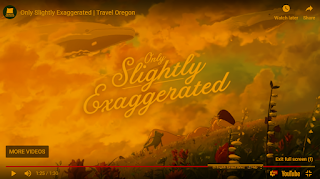 I flew to PDX because I got a one way flight for $15 to visit my cousin Charlie who I hadn't seen in years, and convinced my other cousin Millie (May) to come up so it was a mini-family reunion. On Saturday the 19th, May and I met up in the airport at the visitor information center, where they showed the "slightly exaggerated" tourism clip and gave out free Ghibli-esque postcards and posters. 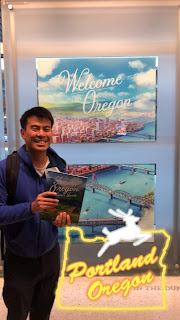 I then got my rental from Avis Preferred (perk of the Chase Sapphire Reserve "CSR"), and we went to get lunch.

This Southeast Asian Institution is very hyped on yelp with over 2000 reviews, and it wasn't mindblowing but it was pretty tasty!

May ordered an Angkor Beer (go Cambodia!) while I tried a tiny shot of pineapple rice whiskey, which in turn made me glow like a tomato.

We tried a variety of dishes:

Khao soi- Northern Thai Curry Noodles. This was super creamy, definitely a western spin and not as good as the one I had in Chiang Mai. 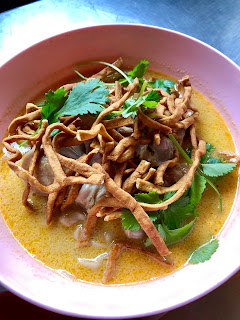 Half of the Pok Pok Chicken. Well cooked, but honestly, a $5 Costco rotisserie is as satisfying and a much better value. 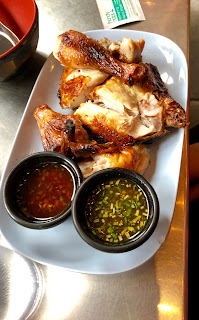 Famous fish-sauce wings. Very tasty, great texture, and not too strong of a fish sauce taste- this was definitely more savory with a little hint of sweet and sour. 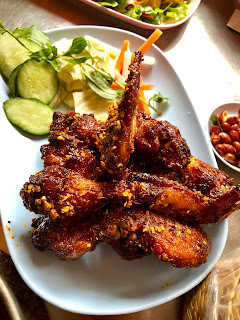 Pork Belly Burmese? Curry. Tender pork, a rich curry that has a more complex flavor than other Asian curries. 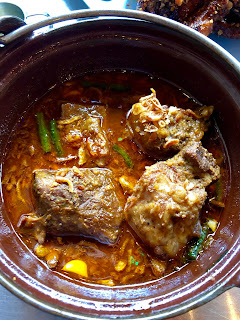 After our first meal, I wanted to try a St. Honore cafe that was on the way to salt and straw. 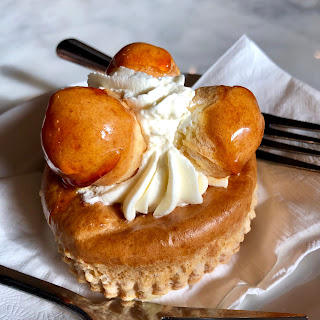 The St. Honore looked nice and the cream puffs were good, but the bottom choux was just average. 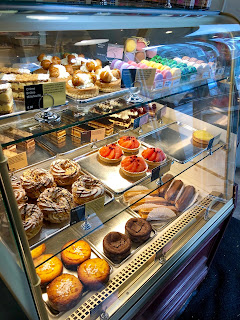 Next we got Salt and Straw, where I had a vegan gingerbread and a vegan coconut cookie dough, one each of a seasonal and limited flavor. 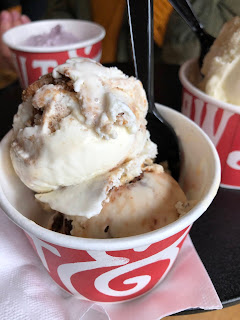 After getting to my cousin's place in Vancouver, WA, we rested a bit and then visited the International Rose Test Garden, where only a few roses were still blooming in the winter cold. 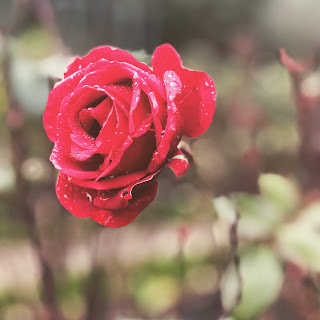 After roses and winning a Pokemon Go raid, we went to Stormbreaker Brewery. I got a flight of beers that included two pumpkin ales, but none of the beer was very memorable. 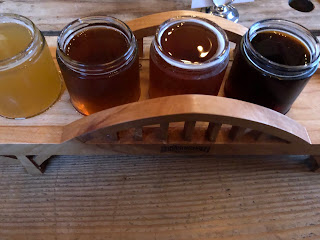 The nachos on the other hand, were almost comparable to the lobster nachos in Disney California adventure: a ton of guac, a generous portion of pork, and basically the perfect food to pair with any alcohol. 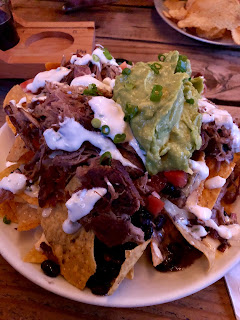 Afterwards, we had a little bit of ice cream at Ruby Jewel Scoops, and then went back to WA to meet up with Charlie's wife Oksana, and then went to an Indian Casino in Ridgefield called Ilani. It was LIT. Parking was a nightmare, because there was a free concert and there is apparently nothing else more exciting in the area to do than go to a casino. I got excited when I saw Patti LaBelle on a billboard (WHERE MY BACKGROUND SINGERS AT), but alas she was performing another night.

We started off the morning intending to go to OMSI (Oregon Museum of Science and Interaction), but after failing to get pastries at Alma's, we just went to Burnside brewery nearby. They had an interesting cherry blossom flavored sour ale, but otherwise it was an ok place to hang while it rained. I ordered a bread pudding, which paired perfectly with a whiskey hot cider Charlie ordered. 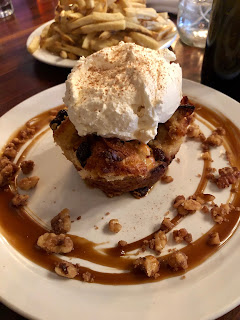 For lunch we were gonna try RAM brewery at Clackamas, but we just ended up browsing the mall for tax-free shopping for a few hours. I had some good finds at Macy's backstage and Old Navy- a $10 duffel bag perfect for weekend trips and a $3 beaver tank top that is a medium but looks like an extra small on me.

We then went back to downtown Portland, stopping by Pine Street Market before dinner. May got Wiz Bang Bar and I got a bun from Kim Jong Smokehouse. The pork was tender and the spice level was just right (I am a weakling and they advertised it as spicy but it was not very spicy). 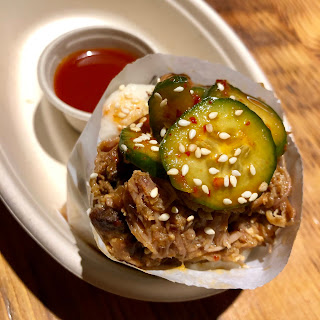 For dinner, we met up with Monica and had Afuri ramen + dumpling, which outside of Japan only has locations in Portland. Something about the water properties here? They are known for a yuzu shio ramen, so I ordered their signature. It was interestingly light and acidic from the citrus, but also satisfyingly savory. 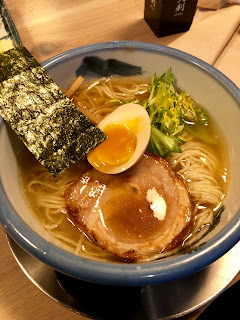 We also tried some karaage and potstickers. 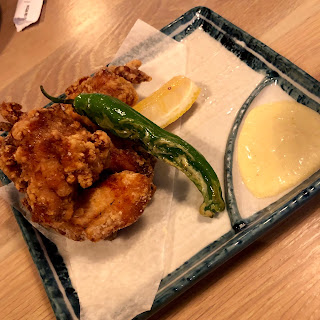 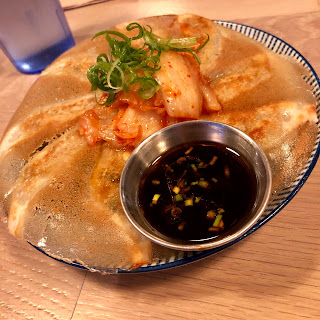 For dessert, we went to Papa Hadyn, which had a variety of cakes, panna cotta, and ice cream. I ordered a baked alaska, and it was the best Baked Alaska I've ever had (out of 3). Nicely textured merengue, a nice crust, and very light vanilla and banana flavored interiors that paired perfectly with the not too rich chocolate. A great combination overall. 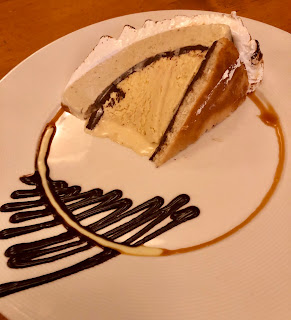 After dropping off May at the airport, I wanted to try Pine State Biscuits. There was a small line, but it moved quickly. I ordered a hot chicken biscuit, and it was fire. I haven't had much hot chicken, but I ordered it with honey and it was delicious. 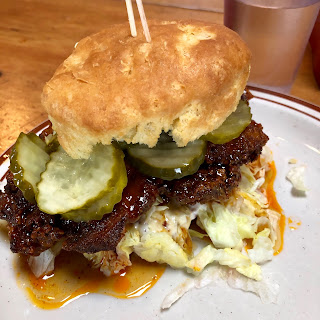 The biscuit is huge btw, probably the size of two fists put together.

Afterwards, we went to the Columbia River Gorge, driving on the "scenic route." 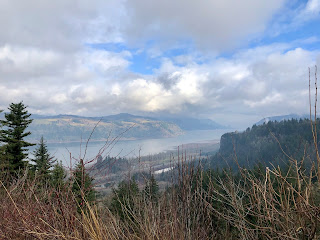 Nearby was also LaTourrel falls.

Our last stop at the Gorge was Multnomah- and it was majestic despite the fires that burned in OR over a year ago. 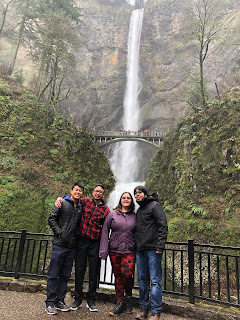 Going back to PDX (the airport) was also a highlight, since I could use my priority pass. I got sushi and fruit at Capers Cafe worth $25 (under my $28 limit), walked to Capers Market to get a Bottle of wine and Fiji Water worth $24 (also under my $28 limit) and it was all covered by my priority pass! I think this is why PDX touts that it was the best airport in America. 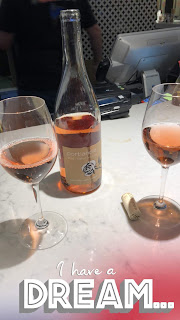 Unwinding at the end of a 3 day weekend.

Portland has a lot to offer, and there were even more places I wanted to try but didn't get the chance to. PDX is truly representative of Oregon, "only slightly exaggerated," in that there is "intangible magic you can feel around you." [At the very least, the magic of food and no sales tax!]
Food Ghibli PDX PNW Portland