The Nightmare Before Christmas: Live at the Hollywood Bowl

- November 04, 2018
The Nightmare Before Christmas by Tim Burton is a cult classic, and a fun holiday movie where you can get the best of both worlds: Halloween and Christmas! I'm a huge Disney fan, but I've only seen the Nightmare Before Christmas once, and it wasn't really one of my favorite movies, although I do like the overlay of Haunted Mansion at Disneyland between Halloween and Christmas. Regardless, seeing it with a live cast and orchestra at the Hollywood Bowl was an incredible experience. 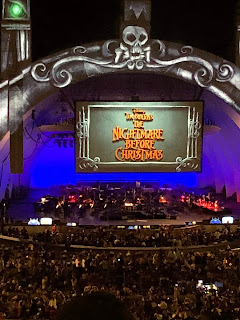 Buying tickets:
This was almost a Nightmare since tickets sold out for Saturday's show. Luckily, I was able to get pre-sale for Sunday with my American Express Blue Cash Everyday Card, and got tickets before only $200+ tickets were left an hour later. I was annoyed that Ticketmaster charged a $20 transaction fee, but generally glad I got verified tickets than risk buying resale or stubhub.

Transportation:
Josey and I took the Park and Ride Shuttle from Torrance, which was $12 round trip paying in cash. We had to wait in a secondary line since preference went to those who reserved $7-9 tickets online. We still got on the third bus, and left around 5:30 to get to the bowl around 6:30, an hour before the show started. Park and ride was nice because we didn't have to worry about parking, the bus dropped us off in front of the bowl, and it was overall very convenient.

Outside the bowl:
There were hordes of folks outside, most waiting in a really long line for a photo op with a 25th anniversary backdrop and fog machine (not pictured, and they closed it off a bit before the concert and wouldn't let us in.) There were a few "trick or treat" stations handing out sour candy. My friends and I at least got a pic with one of these backdrops in a less than 5 min wait. Otherwise there wasn't much else to do outside. 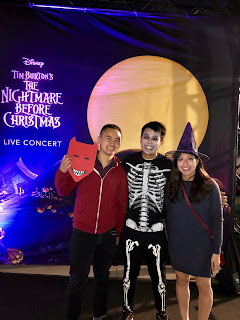 Our attempts at being Lock, Barrel, and Shock 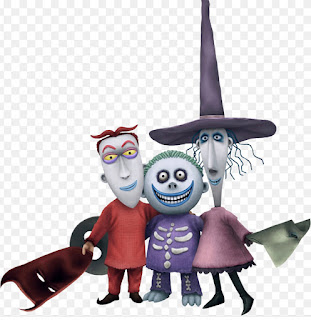 (picture of actual characters not mine)

Picnic at the bowl:
Josey and I had gotten food from Nijiya before we left and Godwin supplied the beer and wine. They had a policy of no bringing glass bottles inside- but we suspect we could've snuck in the wine since security was rather cursory glancing through bags. We did finish a bottle of wine in less than 15 minutes, which did get me slightly buzzed before the show.

The show itself:
Even though the movie is shorter than two hours, there's something special about seeing it with a live orchestra, live voice actors and singers, and the thousand of crowd-member reactions sharing cheers and laughs. I swear the singing of the actors was better than the movie itself in the outdoor amphitheater. Also the performance was enhanced by new projections on the outer edge of the bowl- there was just so much entertainment value in the production! 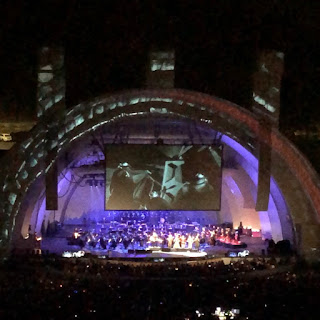 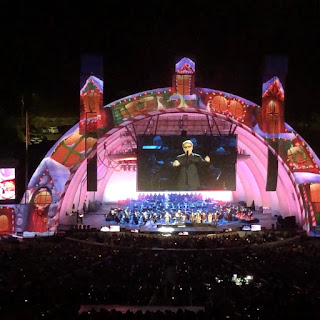 Overall, I'd highly recommend seeing a movie with an orchestra at the bowl. It was one of the most fun Halloween events I've ever done!

(If you can't make your way down to LA, you can also watch the 2016 show on youtube, but nothing beats being there in person!)
Christmas Disney Halloween Hollywood Bowl Los Angeles Nightmare Before Christmas