- August 29, 2018
From Nice I flew to Munich to visit Chanrith in his new city (and add Germany to my list of countries visited). Chanrith took an early flight since he had work on Monday, but there was a cheaper flight a few hours later so I took the afternoon flight alone. I used my priority pass to stop by the Library Lounge in Nice, but it was subpar to every lounge I have visited and not worth spending a lot of time in.

Landing in Germany I was impressed with the spacious airport and easy to use subway/train. I got an all-day pass since it was marginally more expensive than a one way ticket, and the train was interesting in that you don't have to insert or scan your ticket, so it's on an "honor system." I timed my train so that I would arrive around the same time Chanrith got off work so I could meet at the station by his apartment. When we got out it was pouring- but luckily the weather improved later on through the evening.

For dinner we went to Andy's Krablergarten near downtown Munich, where this huge schnitzel was barely above 10 €. 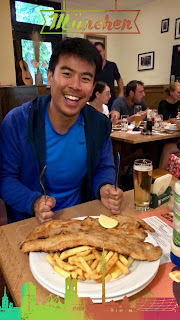 We walked around Marienplatz, where Chanrith went to 4 different H&M's in half an hour while I stood outside because I was trying to prevent future foot pain. 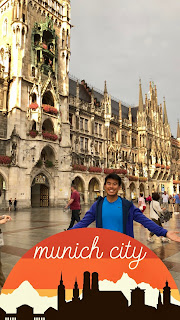 We then walked to Odeonsplatz, then around the park, checked out a surf spot, and then walked back to downtown where I went to Hofbrauhaus at the recommendation of my supervisor. This was definitely a mega-crowded tourist trap, but I wanted to try downing a liter of beer. (I failed- but if you include the half pint from dinner I probably had a liter of beer in total that day). Also not pictured- an unremarkable apple strudel [that Chanrith guilted me into finishing by reminding me there are starving children in Cambodia]. 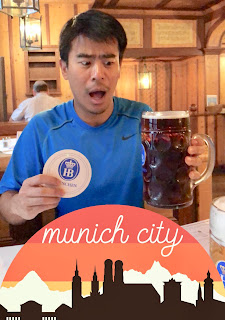 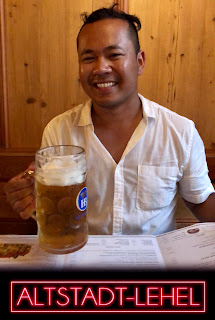 The next day I wandered alone while Chanrith had work. I took the subway out to Dachau, where I visited the Dachau Concentration Camp memorial site. The visit was free, and the museum portion was very well-thought-out, with detailed exhibits and recreations of the bunkers. I was also just reading the Murakami book "Men Without Women" which features a story about a doctor who ponders how lucky he was to not have been born as someone persecuted by the Nazis- so that was on my mind as I toured the grounds. The most eerie part was walking through the crematorium building with a gas chamber, even if I wasn't even sure if it was the real building they used. 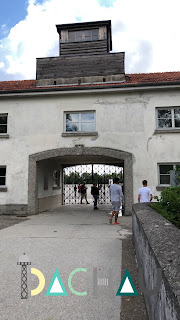 Afterwards I wanted to do something less depressing, so I took the train to BMW Welt/Museum. This was also mentioned in Dan Brown's Origin as architecture similar to the Guggenheim Bilbao, and my parents also are Beamer fans so I wanted to buy a postcard for them. The building, next to the BMW factory, is very Gehry-esque, with its sleek silver features. 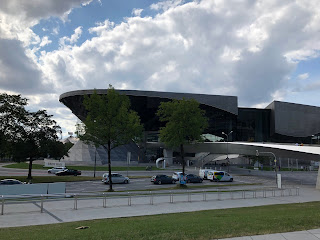 Inside BMW world (free to enter) is a showcase, a store, and cafes and restaurants. 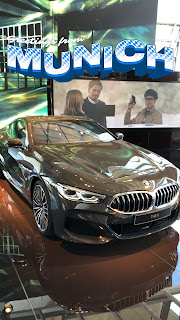 People even test drove cars on the second level out of the building so that was cool to see. Across a bridge over a street is the BMW Museum. 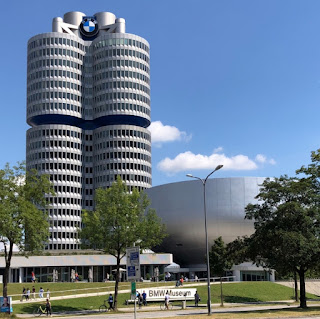 It was around 10€ to get inside, and they didn't even allow little backpacks so I had to use a locker for an additional 1€. The museum is pretty cool- a testament to BMW's form and function while being very aesthetically appealing. 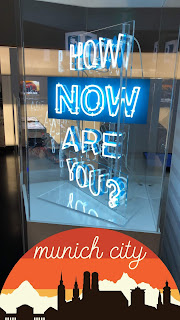 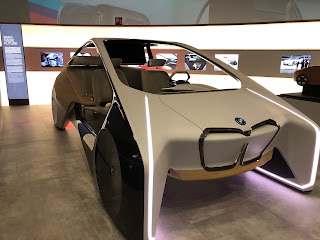 For dinner, I met up with Brian (I happened to be messaging his gf/my good law school buddy Betty that morning who informed me that he was in Munich), and we tried bratwursts and Schweinshaxe  (pork shoulder) at Munchner Stubn, a Bavarian restaurant. 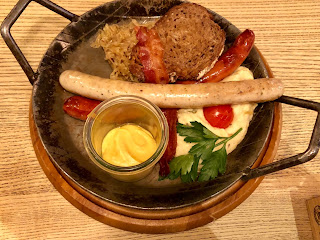 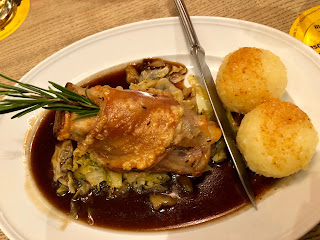 We ended the night walking back to Marienplatz and having some delicious Ayinger beer (much tastier than Hofbrauhaus).

Overall, Munich was so different from Spain and France- it was the most English-speaking tourist-friendly destination and it was pretty diverse in terms of tourists- tons of Asians tourists and others from around Europe. I was considering spending the day going to Salzburg, Austria- but I'm glad I stayed in Germany and got to observe more of the culture- I'm surprised that it was a lot cleaner than Spain and France even though people could drink in public. Munich is a future-thinking city, and if you're a fan of Beamers or Beer or both then it's definitely worth stopping by!
Beer BMW Germany Munich