Why you should see "Soft Power"

Described as a "play with a musical," Soft Power is exactly that, but so much more. Soft Power is about international relations, entertainment, love, politics, and how life in America might be viewed from a Chinese perspective. Written by David Henry Hwang (who also brilliantly writes himself as a lead role in the play), Soft Power is part satire and political commentary with music, thought-provoking themes, and full of funny scenes and witty dialogue. 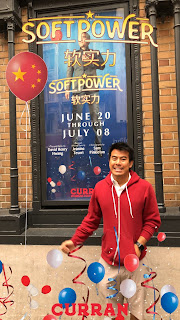 Who is in Soft Power? 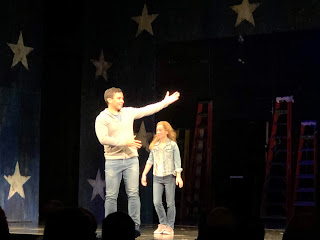 Soft Power features an impressive ensemble, primarily of Asian-Americans. The lead role of Xue Xing is played by Conrad Ricamora (aka Oliver in How to Get Away with Murder, but also a Broadway performer). Ricamora's voice is surprisingly versatile, with some of my favorite moments featuring his tender falsetto. Hillary Clinton also is a major character (not portrayed by an Asian-American). Raymond J. Lee also had a fantastic voice, and the cast was overall very solid and cohesive. My favorite actor was probably the short Asian girl who was in various roles but very entertaining in all of them.

Where is it playing?

Soft Power already had a run in LA but is now playing in Curran Theatre in San Francisco.
My friend Isabella told me she saw it through "Rush Tickets," which allow you to buy up to 2 day-of tickets for only $25 each! Basically, at 9 AM on the day of the performance, you can check the link on your phone, download an app, and "unlock" these discounted tickets and potentially get orchestra seats! I got two orchestra seats this way: 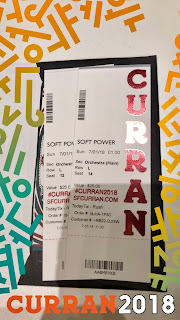 When is it playing?

Only til July 8 - so get your rush tickets for tomorrow, Saturday or Sunday!