Costco haz cheeseburger? How does it compare to Shake Shack?

- July 29, 2018
I love Costco. I love the free samples, getting great deals on quality products in bulk (nothing is sexier than saving), and the food court. From the creamy and savory Chicken Bake to $1 churros, Costco food court is a reliable value that holds a special place in many people's hearts.

Recently, there have been changes to menu: addition of an acai bowl and a vegetarian al pastor salad, removal of the chocolate froyo, and maybe the most outrageous- the removal of the polish dog about a month ago. (literally five people sent me articles about the polish dog being gone). Another addition is a "Shake Shack" copycat burger being tested out in a few California locations. One of the locations happened to be closeby a Yelp event I was attending (in Folsom), so I finally made the trek for this Shake Shack copycat. 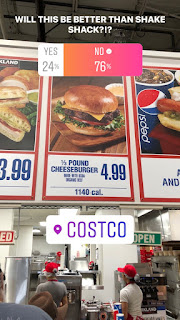 First- as a Californian, In-N-Out will always definitely be a much better value than Shake-Shack. But Shake-Shack is still a good rival: serving a solid juicy patty in between perfectly fluffy potato buns. 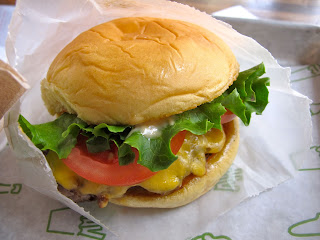 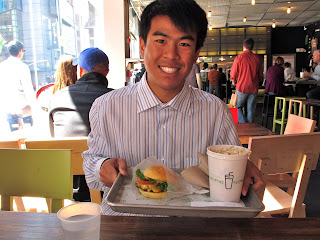 Anyways, Costco has touted their burger: "It's an organic beef patty, topped with romaine lettuce, smoked Thousand Island dressing, tomatoes, and cheddar cheese, all placed between fluffy, sweet Chicago-style buns." (Foodbeast). It was $5.38 after tax, and pretty large as pictured below: 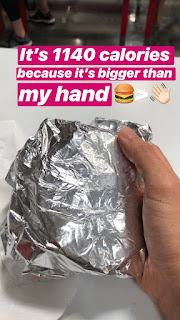 Getting mine in the wrapper made it definitely lose its aesthetic, so if you plan on taking a picture of it, you can ask for it on a plate instead of this mess: 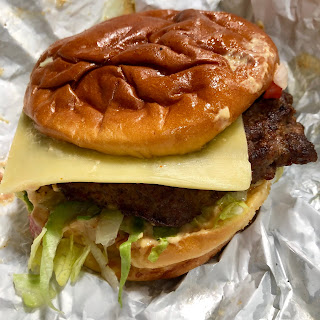 So does it compare to Shake Shack? No. The burger tasted like Carl's Jr.: smoky and charbroiled- and the cheese sauce was mostly messy and there was just a strong smoky flavor that overpowered all of the other components. The cheese and sauce was featured both on top and the bottom of the patty, creating an overall soggy mess. I thought the burger was very meh. 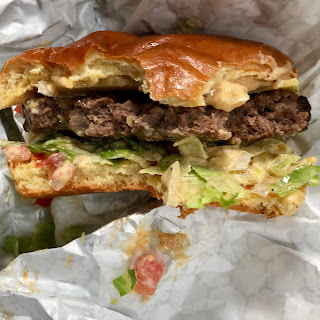 I guess you can't win at everything, even if you are Costco. In this battle of burgers Shake Shack is superior. I'd pretty much only get this if I didn't want to wait in line at In-N-Out or if I was mega craving meat.
Burger Cheeseburger Costco Food