- April 14, 2018
Never Let Me Go was on my "to read" list sometime in the past year since Kazuo Ishiguro won the Nobel Prize for Literature in 2017. My friends Isabella and Miko also kept tweeting/posting about it on social media so I finally decided to request it on my library's E-book overdrive and got it 1-2 months later. 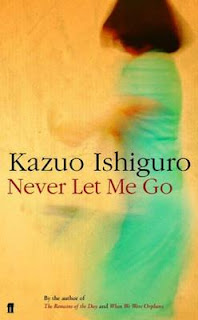 Essentially, Never Let Me Go is told from the perspective of Kathy, a self-described "carer," and she begins reminiscing about her experience at a boarding school in England called Hailsham with her friends Ruth and Tommy. The book is fiction and a mix of "coming-of-age," dystopian, and mystery/thriller. The e-version I downloaded has a handy "Reader's Guide" that describes the book as a "devastating novel of innocence, knowledge, and loss."

It's been a while since I've read a fiction novel, and honestly the main thing getting me through was wondering why the author received a Nobel Prize. The book itself was pretty easy to read, but the author purposefully conceals a lot of key information (the mystery aspect), and I found most of the material mundane until key story points are revealed 25% of the way through the novel. [Kindles conveniently tell you what % of the book you've read.] Also, do NOT watch the trailer for the movie on YouTube before finishing the book, it spoils EVERYTHING. I didn't actually like the book until 88% of the way in (the climax of the story), but the climax was definitely one of the most profound pieces of literature that I have ever read.

I'm left with mixed feelings after reading this book. It's interesting but "disquieting" to "have direct access to Kathy's mind and feelings." The intimate relationship established with Kathy is very human and oftentimes frustrating because of the level of detail Ishiguro goes into describing how she dwells on every single little action. On the other hand, there are many emotions and interesting moral questions that this book raises.

Ishiguro stated about his novel that he was most interested in: 1. How are [people] trying to find their place in the world and make sense of their lives? 2. To what extent can they transcend their fate? These are extremely difficult questions to apply personally because every human's circumstances are different, but I appreciated that a large part of this novel focused on exploring the relationships we form in life (friendship, mentorship, and love.) Part of this includes the narrative on how we treat others in live, and choosing to love rather than discriminate.

Never Let Me Go was not one of my favorite books, but part of its uncomfortable-ness makes it such an important read. Though it took a little time and some reflection, I definitely see how Ishiguro earned the Nobel Prize.
Book Review Fate Kazuo Ishiguro Life Never Let Me Go Purpose 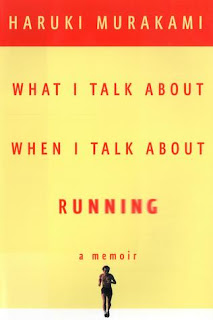