What I ate in Hawaii

- January 21, 2018
As a foodie and instagram user, I had a few bookmarks of places to try in Hawaii. Alas, my trip to Honolulu was not a vacation, but I still managed to scrape in a few good eats.

Day 1:
I ate a spam musubi from the grocery store. Later on, we went to get brunch at Moena Cafe, where I got a pork kalua (basically Hawaiian pulled pork) omelet. With a little room for dessert, we got Bubbies right next door: 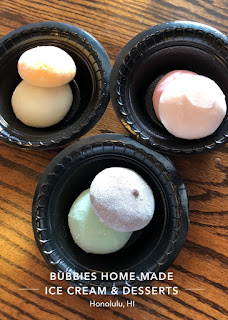 I pretty much ate Costco food for dinner, then went to drink at Lulu's which was ratchet (per my standards). After clubbing, we went to a place that would be open late: Mac2Go, basically a more expensive Hawaiian themed Dennys. 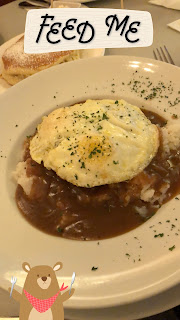 Woke up slightly hungover, thought maybe I should be healthy, and then got an acai bowl from Beach Walk Cafe. 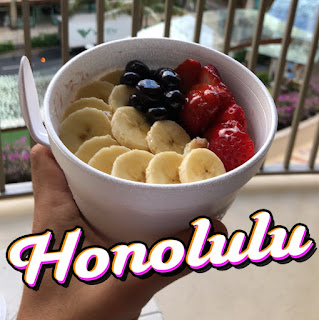 When everyone else I was traveling with was ready for food, we got brunch at Embassy Suites where I got an omelet and oatmeal. We went to the pool a bit, and then it was time for lunch at Ramen Nakamura. 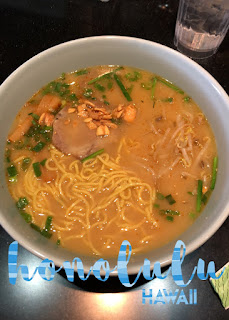 We walked into downtown to get Matcha Cafe Maiko for dessert. 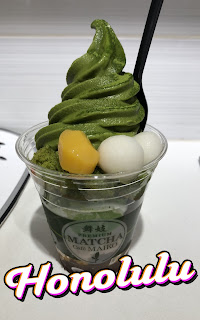 Pretty soon it was the wedding, where I had a salad, New York Steak, and Creme Brulee and a little cake.

Had the same omelet and oatmeal breakfast at Embassy, and then walked to Honolulu Cookie Co. to get souvenirs and sample some shortbreads. Before checking into the airbnb, we tried Tasty Poke in a little Korean strip mall. 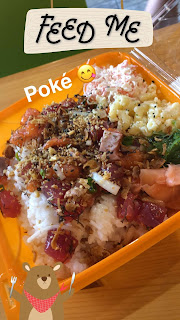 We also got boba after poke. For dinner we ate Filipino food such as kare kare, chicken adobo, and short ribs.

For breakfast we tried going to Goofy's Cafe, but the line was super long so we opted for Japanese breakfast at Magokoro closeby. 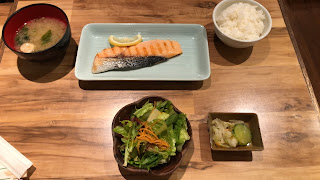 We walked around, where I got a creme puff at kulu kulu pastry shop. We also stopped by Omusubi Gaba for onigiri for our hike later on in the day. Our final breakfast stop was McDonalds to get a coffee, and I also got a pineapple pie. The cashier said I HAD to try it with the softserve, and I said sure. She also wanted to put some caramel on it but I thought that'd be too extra. It was still fire with the soft serve tho. 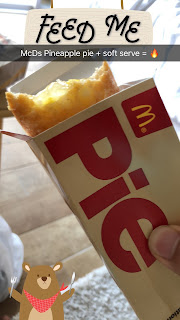 After doing the Lanikai pillbox hike and chilling at Lanikai beach, we went to Hibachi, this deli that serve poke and grilled plate sets. 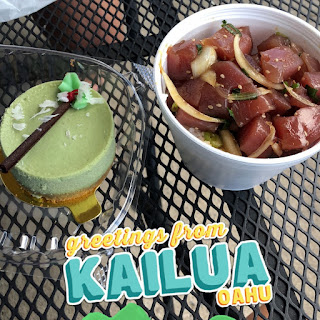 
For dinner we were at the Kapolei side of Oahu, and had a feast at Plantation Tavern. For dessert we went to HulaShake bubble tea, and got taro shaved snow and a taro mochi waffle.

I woke up, got a Kauai Pie blended coffee drink from Lappert's, and then we went to the new hipster area of Honolulu. We got toast and [more] coffee at Arvo. 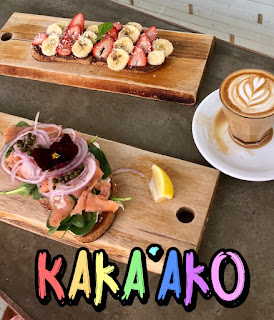 My last meal this trip was at "the Local" in the airport, and I had a pork sandwich with a mai tai. Aloha!
Acai Basic Brunch Food Hawaii Ice Cream Loco Moco Matcha McDonalds Mochi Poke Ramen Salmon Travel